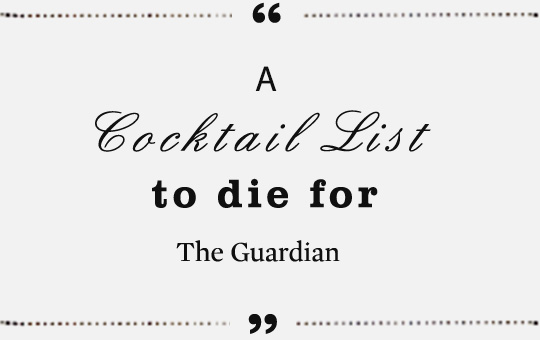 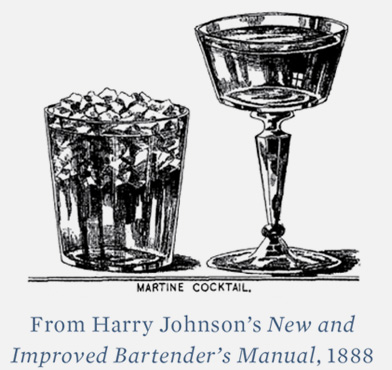 Q: What do you do when you’re named Best International Restaurant Bar at Tales of the Cocktail in New Orleans for the second time?

A: Tear it all up and start again.

When Hawksmoor first opened over a decade ago on a scruffy East London street, we embarked on a journey back in time. Hunting out long-lost Punches, Juleps, Swizzles and Sours, exploring the weird and wonderful worlds of Anti-Fogmatics (to be drunk ‘immediately on awakening, or at farthest, on getting out of bed’) and Bridging Drinks (an Edwardian invention to pass the awkward hours between lunch and dinner).

Now, working again with legendary cocktailian Nick Strangeway, who wrote that first list in 2006, we are, like a modern day Marty Mc(Bar)Fly, back time travelling. From the birth of the Cocktail to millennial London, via 1920s Tokyo, a Noah’s Ark fruit orchard and Renaissance Italy – where they discovered a word that seemed to sum up our whole way of thinking:

SPREZZATURA  (a certain nonchalance, so as to conceal all artistry and make whatever one does seem uncontrived and effortless).

That became the hidden ingredient in everything. Deceptively simple-seeming drinks that belie the hours of painstaking research, travel, tastings and technique that Nick, Liam Davy (Hawksmoor’s Group Bars Manager) and the full team of Hawksmoor bartenders have put into them.

This is not a refresh, but a complete overhaul. Shaky Pete’s Ginger Brew has snuck through intact, but every other drink is brand new. There’s a section on Highballs, Fizzes and Spritz with drinks like Le Crunch 75, made with Somerset cider brandy, a fine Normandy mistelle, Champagne and a dash of absinthe, and Ginza Highball, a liquid gold hymn to Tokyo’s old school cocktail bars.

A few of our favourites from lists gone by have been reworked. So the Full-Fat Old Fashioned becomes the Fuller-Fat Old Fashioned, which still requires a painstaking process of infusing butter into bourbon in a water bath, but now has the added luxury of beurre noisette and a hint of the cigar box courtesy of sandalwood and cedar oil. While Tom & Jerez no. 2 takes the flavours of the original (gin, almond, pear, sherry) and, using almond blossom-infused Amontillado and pear eaux-de-vie, reimagines them as an elegant, clear, bone-dry aperitif.

Expect to see ‘out of season’ seasonal British fruit playing a starring role. Fresh cherries are now long gone, but when they were at their best the team pickled and preserved them to use alongside Belsazar vermouth, Campari and soda in the incredibly refreshing Sour-Cherry Americano and its booze-free counterpart the Sour-cherry America(no-alc). And in the French House Fizz, gin infused with freeze-dried British strawberries combines with Hawksmoor’s own tarragon cream soda and little citric and malic acid.

Liam Davy: “We’ve travelled from Northumberland to Copenhagen, Stockholm to Haggerston, constantly looking for inspiration.  I think what we’ve achieved is the most delicious drinks list I’ve come across, and we’ve made it more creative, more sustainable and more technical, but importantly, as ever with Hawksmoor, it’s really fun and I think our customers will love it!”

“Best Bars in London”
– Time Out